If you are visiting Welford-on-Avon by road, on foot or even by boat there are plenty of things to do and see in our village. If you are just passing by/through on one of the longer distance footpaths (The Avon Valley Footpath, The Heart of England Way) or cycle routes  (The Stratford Greenway, National Cycle Route 5) why not break your journey and refresh yourself at one of the local Inns which serve a range of food and drink to suit all tastes and pockets or stock up on provisions at the Welford Butchers & Deli or the Maypole Stores.

Welford-on-Avon has a very active village community with many clubs and societies and regular  social and fund raising events such as the Maypole Dancing Festival and the Street Fair.

The image below was the winning design for the school children’s Design a Flag for Welford competition at the 2012 Street Party. 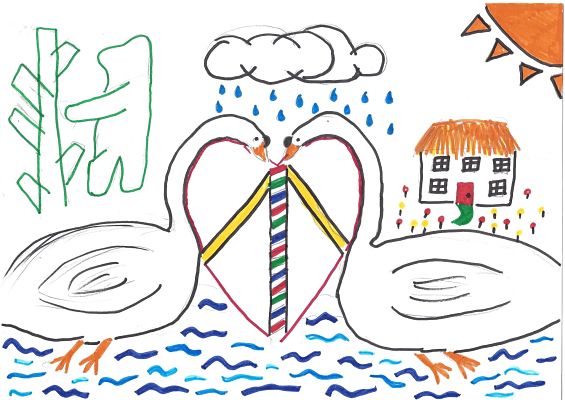